23 “When Moses was forty years old, he decided to visit his own people, the Israelites. 24 He saw one of them being mistreated by an Egyptian, so he went to his defense and avenged him by killing the Egyptian

7 Moses was eighty years old and Aaron eighty-three when they spoke to Pharaoh.

7 Moses was a hundred and twenty years old when he died, yet his eyes were not weak nor his strength gone.

20 “At that time Moses was born, and he was no ordinary child. For three months he was cared for by his family. 21 When he was placed outside, Pharaoh’s daughter took him and brought him up as her own son. 22 Moses was educated in all the wisdom of the Egyptians and was powerful in speech and action.

23 “When Moses was forty years old, he decided to visit his own people, the Israelites. 24 He saw one of them being mistreated by an Egyptian, so he went to his defense and avenged him by killing the Egyptian. 25 Moses thought that his own people would realize that God was using him to rescue them, but they did not. 26 The next day Moses came upon two Israelites who were fighting. He tried to reconcile them by saying, ‘Men, you are brothers; why do you want to hurt each other?’

27 “But the man who was mistreating the other pushed Moses aside and said, ‘Who made you ruler and judge over us? 28 Are you thinking of killing me as you killed the Egyptian
yesterday?’ 29 When Moses heard this, he fled to Midian, where he settled as a foreigner and had two sons. 30 “After forty years had passed, an angel appeared to Moses in the flames of a burning bush in the desert near Mount Sinai.

As we enjoy the first few days of a brand-new year, it is only right that we take a moment to stop and reflect on the goodness of God. For many of us, 2020 was an incredibly difficult year. We’ve experienced sickness, injustice, loss, and grief to name a few. And yet, somehow God ensured that we were blessed with moments of hope in the midst of hopelessness. It is with this hope that we boldly face 2021, walking into the promises of God. May God continue to bless and keep you in this new season of life.

This week our Senior Pastor Rev. Matthew L. Watley started a brand-new sermon series called, “I Said What I Said.” During this series we will be focusing on a prominent biblical figure that many of us have grown up learning about. However, over the next few weeks we will be delving deeper into the life, legacy, mission, and ministry of this biblical titan. We will be focusing on Moses! In addition to the monumental events we frequently associate with Moses like the parting of the Red Sea and the Ten Commandments, we will also be studying some of the things that made Moses human. This includes his fears, doubts, and shortcomings. And yet, God used him anyhow!

In our lesson for this week entitled, “Don’t Wait Until 80,” Pastor Watley urges us to learn from Moses. Although Moses certainly had a lengthy and meaningful relationship with God, he didn’t truly start trusting and following God until he was 80 years old. In fact, as international evangelist DL Moody stated, “Moses spent his first 40 years thinking he was somebody, his second 40 years thinking he was a nobody, and his third 40 years discovering what God can do with a nobody.” Another writer took DL Moody’s sentiments one step further by saying, “we’re all in one of those three stages.” Either we’re overconfidently feeling like we’ve got it all figured out, living below our potential due to our faults and insecurities, or fully living into God’s purpose and call for our lives. This leads us to an important question:

Which stage of Moses’ life currently applies to you?

Moses lived for 120 years, but it took him 2/3rds of his life to figure out how to eventually trust God for leading, guidance, and direction. In one of our scriptures for this week (Acts 7:20-30), we see that Moses grew up very privileged. Not only was he raised in the Pharaoh’s palace, but he was “educated in all the wisdom of the Egyptians and was powerful in speech and action.” This caused him to believe that he was invincible. By the time he was forty years old, we see that Moses was so confident that he was surprised his actions had consequences. After killing the Egyptian, Moses expected the Israelites to applaud him. Instead, he found that they were justifiably skeptical of him. As a result, Moses fled and found himself in his second stage of life: self-exiled in the wilderness, marked by shame and insecurity. By the time Moses was visited by the Spirit of the Lord forty years later, he had gone through enough in his life to realize that his way wasn’t working. He needed God’s help!

After the arrogance, shame, and forty years in the wilderness, Moses was finally ready to humble himself under the mighty hand of God. In the same way, after all of the hardship and heartache of last year, after the quarantine and exile of social distancing, after all of the chaos and uncertainty – How are you moving forward in 2021? As Pastor Watley urges us, “Don’t wait until 80 to figure this out.” Don’t wait until 2/3rds of your life have passed to truly submit yourself to God’s will and way. And if you are already 80 or more years old, it’s not too late! If we’ve learned nothing else from 2020, we should have learned that our goals, aspirations, and dreams can be challenged in an instant. And yet, God’s plans stand forever. Even after 80 years of living his own way, Moses humbled himself before God and God was faithful to elevate him. This is the same Moses that went on to be used by God to confront Pharaoh, bring ten plagues upon the land, part the Red Sea, get water out of a stone, pen the 10 commandments, and so much more. Once Moses took the step to trust God, God changed his life! 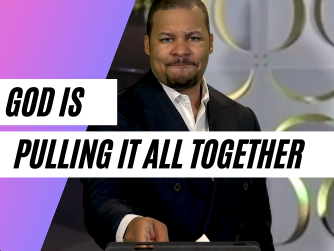 No Longer Week 6: “God is Pulling it All Together” 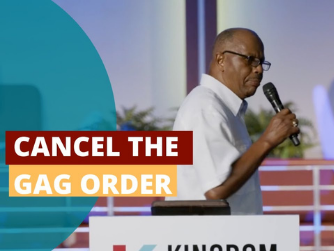